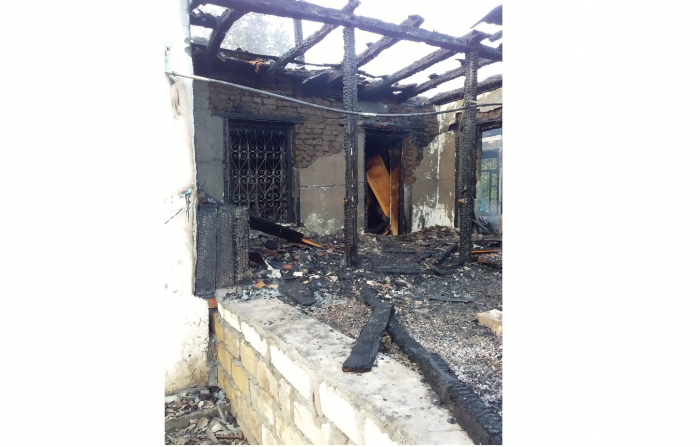 Although shelling the house in Baharli-1 settlement of Aghdam district by the hostile did not cause a fire, the house collapsed.

Note that, the Ministry of Emergency Situations operates in enhanced mode to immediately eliminate the damages and fires caused to various facilities, including civil facilities and private and apartment buildings, infrastructure facilities by the hostile’s artillery shelling.