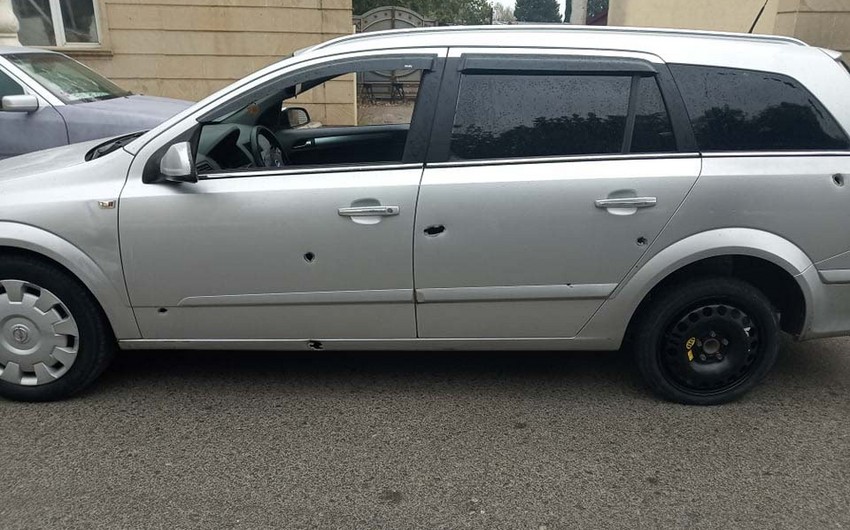 Sadigov told Report that he was not in the car during the incident. “We were in a teahouse near the scene,” he said.

Notably, on October 1 at about 09:00, due to the heavy artillery shelling of the densely populated areas of Azerbaijan by the occupying country’s armed forces, Hasanov Zabil Mahammad, born in 1982, was killed by shrapnel fragments that hit the Tartar city bus station. The bus station was severely damaged.

MoD: Most of enemy’s military personnel and equipment destroyed

During the day on October 24 and on the night of October 25, the combat…

“Photo of the day. Disposal of Armenia’s launched missile. Landed in the vicinity of village.…

During the day on October 23 and on the night of October 24, the combat…

The Press Council of Azerbaijan has made an appeal to leading media outlets, human rights…

Rally held in Germany in protest of Ganja attack

Azerbaijanis living in Bielefeld, Germany, held a rally organized by the German-Azerbaijani Cultural Society and…

International organizations were informed about Armenia’s direct participation in conflict

On October 24, the Chief of the International Military Cooperation Department of Ministry of Defense,…

Morale of Azerbaijani army personell at high level, according to the press service of the…

Armenian FM ridiculed in his interview to CNN