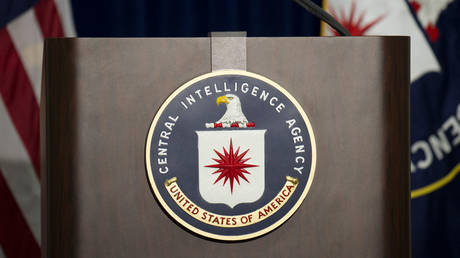 A lectern with a CIA logo at the agency’s headquarters in Langley. © AFP / Jim Watson

An officer who accompanied CIA chief William Burns during his trip to India earlier this month suffered symptoms consistent with Havana syndrome, a mysterious sickness affecting US officials since 2016, CNN reported.

An unnamed CIA officer required medical attention due to his condition, the sources told the broadcaster. Burns reportedly was left “fuming” with anger after being informed about what had happened.

Some US officials have interpreted the new Havana-syndrome incident as a direct message to the CIA chief that no is safe, including the people from his entourage, two sources told CNN.

When approached by Reuters, a CIA spokesperson replied that the agency doesn’t comment on specific incidents or officers. “We have protocols in place for when individuals report possible anomalous health incidents that include receiving appropriate medical treatment,” he pointed out.

In August, Vice President Kamala Harris had to slightly delay her visit to Vietnam after multiple US staff in Hanoi reported symptoms consistent with Havana syndrome and two diplomats required evacuation.

Also on rt.com ‘Havana syndrome’ strikes again? Two US officials to be evacuated from Vietnam over mystery symptoms amid trip by VP Harris

The so-far unexplained sickness is characterized by migraines, nausea, memory lapses and dizziness among other things. More than 200 US officials and family members have been reportedly affected by Havana syndrome in various parts of the globe, including Russia, China, Germany and Australia, as well as inside the US since it was first encountered among American diplomats working in the Cuban capital Havana in 2016. (RT)