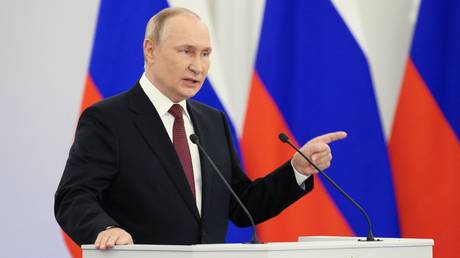 The Central Intelligence Agency (CIA) does not believe that Russian President Vladimir Putin is currently preparing to deploy nuclear weapons in Ukraine, the agency’s chief William Burns said in an interview on Sunday.

“We have to take very seriously [any] kind of threats, given everything that’s at stake,” Burns told CBS Evening News with Norah O’Donnell.

However, he acknowledged that “we don’t see any practical evidence today in the US intelligence community that [Putin] is moving closer to actual use” or that there’s any “imminent threat of using tactical nuclear weapons.”

Asked if the Russian leader was bluffing when speaking about being ready to use “all the means at [its] disposal” if the country’s territorial integrity were threatened, Burns said it was “very hard to say at this point.”

The CIA director described the rhetoric from Putin and other high-ranking officials as “reckless and deeply irresponsible.” He also suggested that it was up to US policymakers to communicate to Moscow that such a decision would have “severe consequences.” 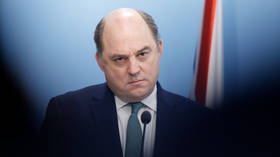 UK Secretary of Defense Ben Wallace claimed on Sunday that Russia was “highly unlikely” to use nuclear weapons in Ukraine, but claimed the Russian leader was also “totally irrational.”

The issue has been at the fore since Putin announced a partial mobilization two weeks ago and warned that Moscow was ready to use any weapons from its extensive arsenal to defend itself if necessary.

“If the territorial integrity of our nation is threatened, we will certainly use all the means that we have to defend Russia and our people. It’s not a bluff,” Putin stated at the time.

He reiterated the message on Friday in an address at the signing of the unification treaties for the accession of the Donetsk and Lugansk People’s Republics, along with the Kherson and Zaporozhye Regions, into Russia. “We will defend our land with all the forces and resources,” the president vowed.

Putin’s words have been interpreted by politicians and media in the West as a veiled threat that Moscow may deploy nuclear weapons in the ongoing conflict in Ukraine.

In late September, Russia’s deputy foreign minister Sergey Ryabkov rejected such speculation, saying: “we are not threatening anyone with nuclear weapons.”

The diplomat referred journalists to Russia’s military doctrine, which states that nuclear weapons may only be employed if such arms or other weapons of mass destruction are being used against the country, or it is faced with an existential threat from conventional arms. (RT)