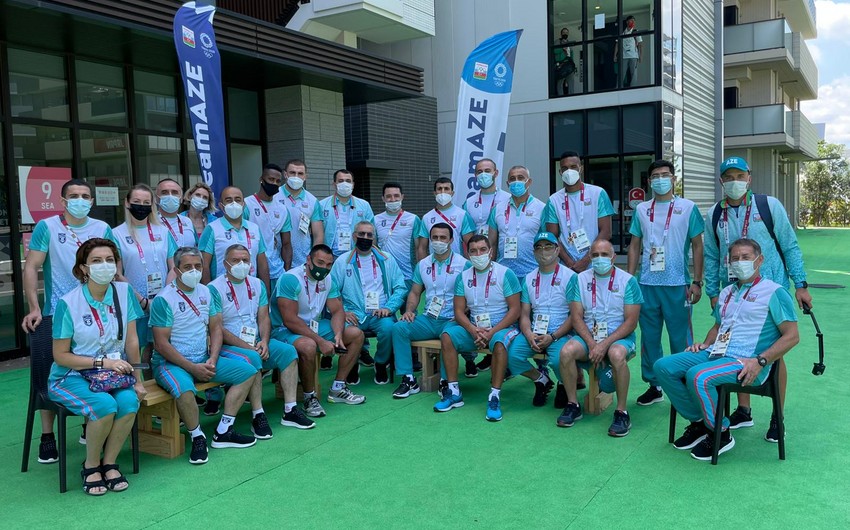 Azerbaijan expects high results from athletes, though the conditions are challenging, said vice president of the National Olympic Committee of Azerbaijan, Chingiz Huseynzade.

Report informs that speaking at a meeting with Azerbaijani athletes in the Japanese capital on the Summer Olympic Games underway there, Huseynzade wished them good luck.

“We expect good results from all,” he said.

Huseynzade expressed satisfaction with the Olympic village and commented on the upcoming opening ceremony of the Tokyo-2020 Summer Olympic Games.

“Our athletes will join the parade. Not all athletes are here now. Our main athletes – wrestlers, karate fighters, gymnasts – have not yet arrived in Tokyo. They will compete on the last days of the Olympic Games.”

The National Olympic Committee official also said that Azerbaijan would be represented by a limited staff at the opening ceremony.

“Athletes present here will join today’s opening. We won’t take the athletes who have competitions tomorrow to the ceremony. We will be represented by a delegation of 20-30 people.”