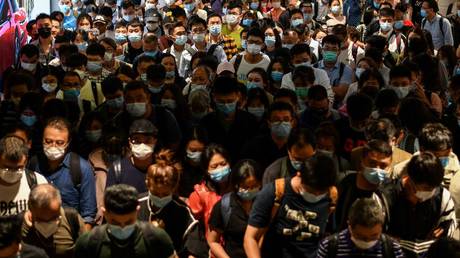 Citizens were cautioned against “close relationships” with foreigners after the first case of monkeypox was recorded in China FILE PHOTO. © Hector RETAMAL / AFP

Chinese citizens have been urged not to make skin-to-skin contact with recently arrived foreigners, after the first case of monkeypox was registered in the southwestern Chongqing municipality last week.

The warning was issued on Saturday by Wu Zunyou, the chief epidemiologist at the Chinese Center for Disease Control and Prevention (CCDC).

Writing on his official Weibo page, the official said that in order to “prevent possible monkeypox infection and as part of our healthy lifestyle, it is recommended that you do not have direct skin-to-skin contact or close relationships with foreigners who have recently come from overseas.” He clarified “recent” to mean having arrived within the last three weeks.

Wu recommended that the public avoid skin-to-skin contact with strangers and use disposable toilet-seat covers as much as possible.

There is still only one confirmed case of monkeypox in China. The 29-year old Chinese salesman who contracted the virus has since been put into isolation and the local health commission has said the risk of an outbreak is low. 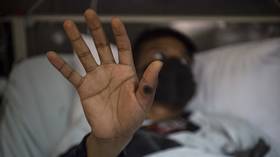 The patient is believed to have engaged in sex with another man while in Berlin earlier in the month, the CCDC said. He reportedly traveled to Spain before returning to Chongqing, China on September 14.

Questioned during a briefing on Monday on whether the advice to stop touching foreigners was considered official policy, Chinese Foreign Ministry spokeswoman Mao Ning said it was “not a diplomatic issue” but one related to “science and public health.”

Monkeypox is similar to human smallpox, which was eradicated in 1980. Its symptoms include fever, headache, muscle aches, backache, swollen lymph nodes, chills, and exhaustion, and those afflicted develop distinctive skin lesions.

According to a paper published in the New England Journal of Medicine last month, the virus overwhelmingly affects gay and bisexual men, who make up 98% of patients. While the WHO is uncertain whether sexual activity is the only way to transmit the virus, the organization has noted that 95% of studied monkeypox patients have contracted it via sex with other men. (RT)