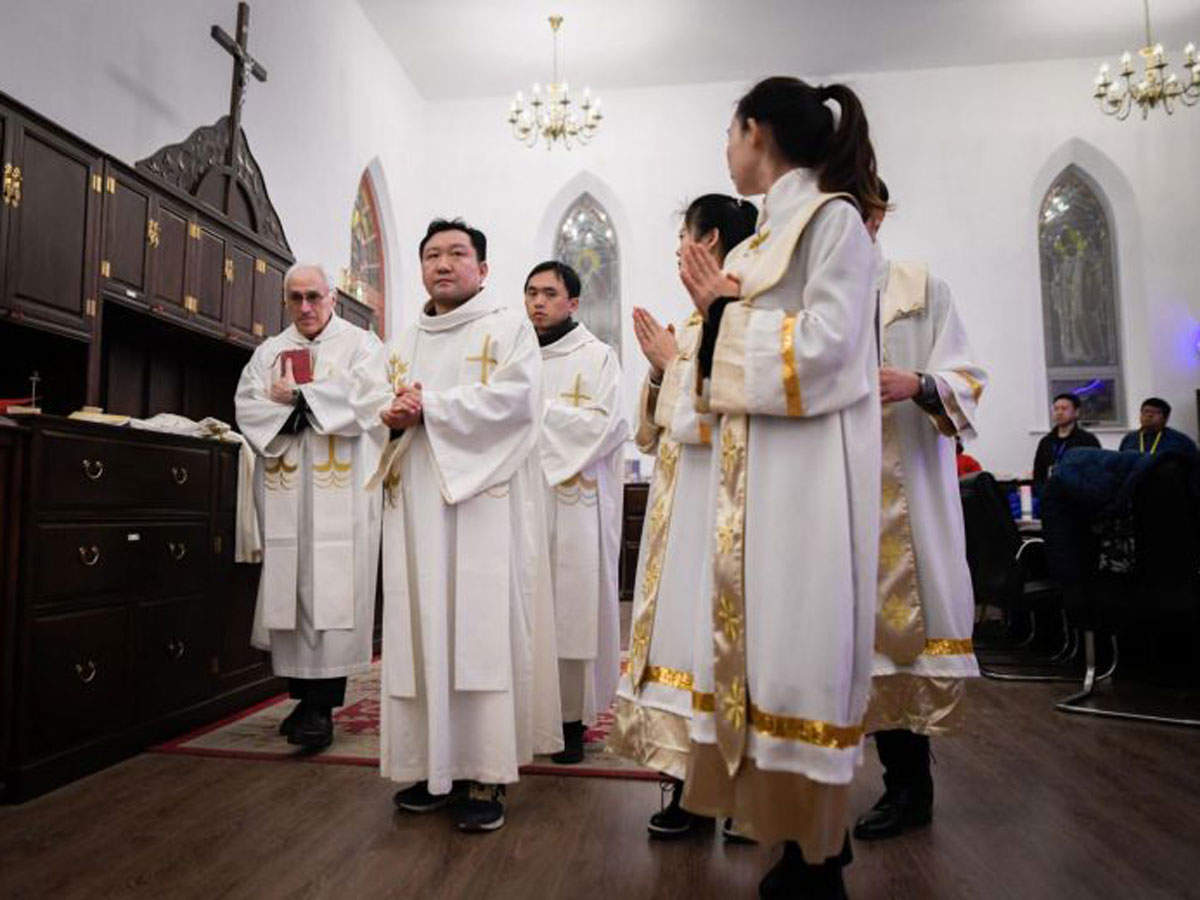 A bishop from China’s “underground” Catholic church is slated to step up as the official state-backed clergyman for a diocese in central China, state-run media reported, amid a thaw in relations between Beijing and the Holy See.

China’s estimated 10 million Catholics are legally supposed to attend only churches governed by a state-controlled body with clergy appointed by the Communist Party.

But many worship in so-called unregistered “underground churches” led by bishops loyal to the Vatican.

An agreement struck in September on the appointment of bishops has paved the way for a rapprochement between Beijing and the Vatican after diplomatic ties were cut off in 1951. It also gives both sides a say in appointing Catholic bishops in China.

Jin Lugang was inaugurated as coadjutor bishop for the Nanyang diocese in central China, the Global Times reported Friday, and will assist 98-year-old diocesan bishop Zhu Baoyu until his retirement.

“I think it is a good thing,” said Anthony Lam, a Chinese Catholic church expert at Hong Kong’s Holy Spirit Study Centre, noting that there are about 40 vacancies that need to be filled in dioceses across China.

Though the Holy See has appointed at least 20 clergymen to fill these spots, the Chinese government has not yet approved them, he told AFP.

“They are too nervous,” he said, referring to the local governments who are now tasked with vetting the appointees.

“To some extent, it’s their recommendation to the central government that these people are reliable, you can trust him, he will not do anything harmful to the government.”

That’s why some government officials are adopting a cautious attitude and holding some cases for long periods of time, he explained.

China’s Catholic community urgently needs bishops that are “politically reliable”, with nearly half of dioceses without bishops, said the Global Times in its report.

Jin’s official ordination follows a clampdown on religious worship in China, where churches were destroyed in some regions and several church-run kindergartens closed last year.

Authorities have also cracked down on Bible sales.

Police have detained the church pastor, who faces allegations of “inciting state subversion”, according to the Early Rain Covenant Church in Chengdu, the capital of Sichuan province.

Local authorities have also apprehended other church members under suspicion of “picking quarrels”, as well as “illegal operations” for selling Bibles and religious books, the church said.(AFP)