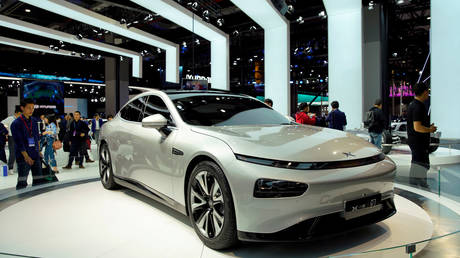 Xpeng Motors, a Chinese rival to Tesla, has filed to list its shares on the New York Stock Exchange (NYSE), becoming another Chinese electric vehicle (EV) startup seeking US listing despite deepening political and trade rows.

The Guangzhou-based EV maker, backed by Chinese heavyweights Alibaba and Xiaomi, officially announced its intention to enter the US stock market in a filing to US Securities and Exchange Commission on Friday. The possible IPO plans have been circulating in the media for weeks, with some saying that the company may opt for the US listing ahead of a domestic one, and that it could raise about $500 million.

The listing signals that Xpeng is following in the footsteps of its Chinese peer Li Auto, which started trading on the Nasdaq last month. The Beijing-based automaker raised $1.1 billion through the IPO. Since its Nasdaq debut, the company’s stock has soared more than 50 percent, boosting its market cap to over $14 billion.

Also on rt.com Elon Musk says ‘China rocks’, warns that the US may start losing due to ‘complacency’ & ‘entitlement’

While investors’ interest in electric car makers has certainly been rising, the Chinese companies’ debuts on the American stock exchanges come at a time when relations between the two world’s largest economies are at their lowest point in decades. Xpeng acknowledged the existing political risk in its filing, saying the US may eventually limit or restrict China-based companies from accessing US capital markets. 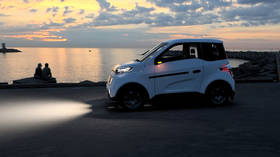 “If any such deliberations were to materialize, the resulting legislation may have a material and adverse impact on the stock performance of China-based issuers listed in the United States. It is unclear if this proposed legislation would be enacted,” the firm said, apparently referring to the bill that could disqualify many Chinese companies from listing shares on US bourses.

Six-year-old Xpeng is often referred to as a competitor for Tesla, though it currently falls behind the US carmaker in production capacity and volume of sales. The company launched its first model, the G3 compact SUV, in late 2018, and has recently presented its second model, the P7 sedan. (RT)