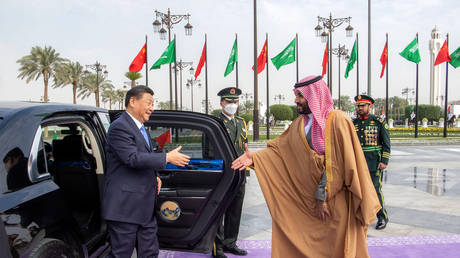 China and Saudi Arabia are discussing the idea of creating a free-trade zone between Beijing and the member states of the Co-operation Council for the Arab States of the Gulf (GCC), Al-Arabiya reported on Friday, citing Crown Prince Mohammed bin Salman as saying.

“We have discussed creation of a free-trade zone between China and the countries of the Persian Gulf,” the crown prince announced, speaking at a Chinese-Arab summit that kicked off in Riyadh.

He added that the nations of that region and China are also planning to cooperate to find solutions to “problems of food and energy security.”

“We are exploring the possibility of cooperation with China in the field of supply chains,” bin Salman said.

China’s President Xi Jinping arrived in the Saudi capital on Wednesday. On Thursday, he held separate talks with Saudi King Salman bin Abdulaziz Al Saud and Egyptian President Abdel Fattah el-Sisi. On Friday, Xi is expected to attend the Sino-Arab summit that will reportedly be attended by 30 leaders of Arab nations and organizations.