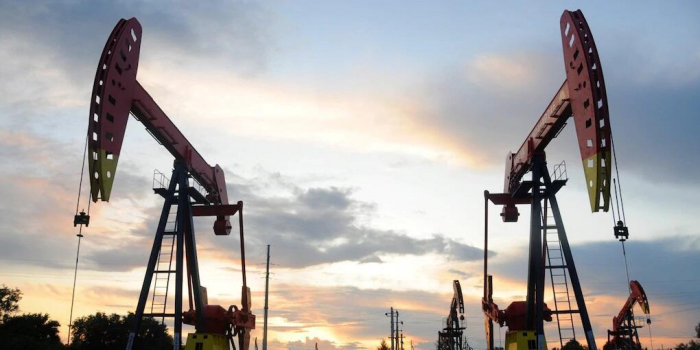 China is in pretty good position when it comes to the global energy shakeup. Cheap Russian crude hit by a Western boycott is heading to Asia, yet the increase to the world’s biggest importer has been more modest compared to India. And in the continuing absence of a European embargo, buyers like Italy keep snapping it up. The upshot is that Beijing is likely to buy more.

Politicians in Washington had warned they were ready to shut down Chinese companies such as chip producer Semiconductor Manufacturing International Corporation (0981.HK) if they sabotage sanctions designed to pressure President Vladimir Putin. Beijing has showed sympathy for Moscow and refuses to call the invasion a war. Oil lubricates its tightrope: exempting Saudi Arabia, Russia is China’s largest source of oil.

Thus far, India’s surprisingly aggressive bargain-hunting has diverted much of the spotlight. The similarly energy-poor country is home to Reliance Industries (RELI.NS), owner of the world’s biggest refining complex, and has scooped up discounted Russian Urals crude at record speed since the start of the war. Daily shipments hit 674,000 barrels last month, more than doubling from March, according to S&P Global’s Commodities at Sea. Russian daily loadings to China, meanwhile, rose just 10% to 781,000 barrels.

Some European countries, despite Brussels’ decision of a ban in six months, are also dragging their feet. While demand in Germany has collapsed, Italy’s Russian crude imports, for example, jumped 40% in April, S&P data showed.

That gives the People’s Republic some cover. Russian cargoes factoring in transportation and insurance costs carried discounts of $8 a barrel or more to Brent, according to Bloomberg. China’s Shandong Port International Trade Group, which handles approximately a quarter of the country’s crude oil imports, has secured a rare Russian shipment for arrival this month, Reuters reported.

More Chinese buying is set to follow. About 650,000 barrels of daily Russian crude oil that previously shipped to developed economies like the EU could be replaced with similar grades and volumes from the Middle East that now mostly go to China and India, energy consultancy Wood Mackenzie estimates. While breaking long-term contracts for opportunist gain would normally be a commercial mistake, high energy prices mean Saudi Arabia can probably divert supplies to Europe without a financial hit. As Chinese demand recovers from nearly two months of Covid-19 lockdowns, Russia’s discounts will be hard to resist.