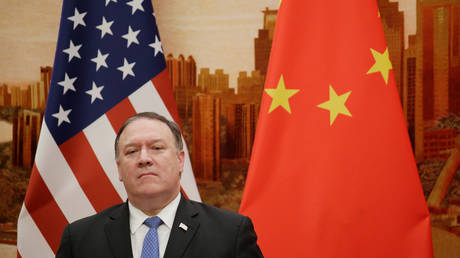 Beijing has said that the tenure of outgoing US Secretary of State Mike Pompeo has brought “a lot of fun,” but made a dent in America’s prestige and credibility on the world stage.

China’s Foreign Ministry spokesperson Hua Chunying was asked at a daily press briefing on Wednesday whether Pompeo will be missed in China.

“Of course,” Hua said in English. She then switched back to Mandarin: “He brought us a lot of fun. We were watching a big show every day.”

But I think he has caused damage to himself, his country’s image, and the credibility of the United States. It will be hard to repair. I think it is very sad for the American people.

Hua accused Pompeo of spreading “lies” during his time in office, saying that “history will give him a fair trial.” (RT)