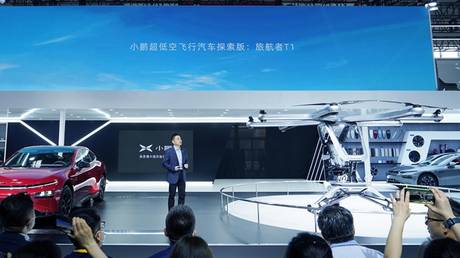 Chinese electric carmaker Xpeng revealed it is working on a flying car model and showed off a prototype of the vehicle at the Beijing motor show – the biggest international event held for the industry since the pandemic began.

During the show, which kicked off on Saturday, the Chinese rival to American EV maker Tesla said that it wants to invest in flying car technology. According to its CEO, He Xiaopeng, the carmaker is funding air taxi startup Xpeng Heitech, in which he owns a majority stake. (RT)