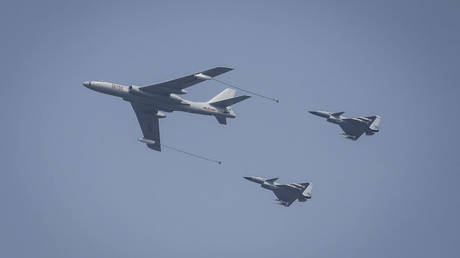 The pace of Chinese violations of the Korea Air Defense Identification Zone (KADIZ) was about the same as in 2020, Yonhap News reported on Monday, citing a document that the South Korean defense ministry submitted to the National Assembly. There were over 20 such violations by Russia in 2019, the media outlet claimed, without providing more recent figures.

The KADIZ was first drawn up by the US Air Force in 1951, during the Korean War. The zone extends beyond South Korea’s territorial air space, but Seoul requires pilots of foreign aircraft to identify themselves to prevent unintentional confrontations. For instance, Japanese planes enter the KADIZ about 500 times annually after giving notice to South Korean authorities. 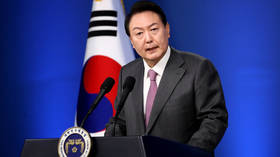 While most intrusions pass without brouhaha, South Korea scrambles military jets in some cases to respond. For example, at least four Chinese and four Russian warplanes breached the KADIZ several times on May 24, prompting Seoul to send up fighter jets in response.

That incident occurred as US President Joe Biden was wrapping up his visit to the region. Russia and China held a joint military exercise that included flights by strategic bombers over the Sea of Japan and the East China Sea while Biden was in Japan. The South Korean military also scrambled fighter jets when Russian aircraft entered the KADIZ without warning in August. (RT)