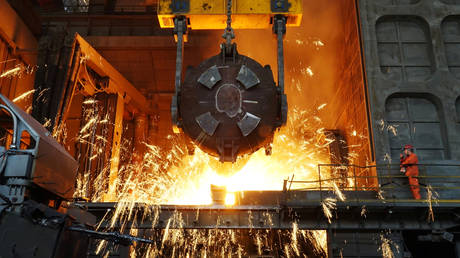 However, profit growth slowed its pace compared to August, when it surged by over 19 percent year-on-year. The statistics agency explained that it was due to changes in industrial product prices and rising expenses, as well as the narrowing of profit growth in electronics and auto industries.

The July-September quarter still marked a firm recovery in the manufacturing sector, which was hit hard by the coronavirus outbreak at the beginning of the year. Profits of China’s largest industrial firms dropped by more than a third between January and March, when lockdowns paralyzed economic activity. The trend changed after the economy started to reopen, with the industrial profits growing by 4.8 percent in the second quarter and finishing the third quarter with 15.9 percent growth. (RT)