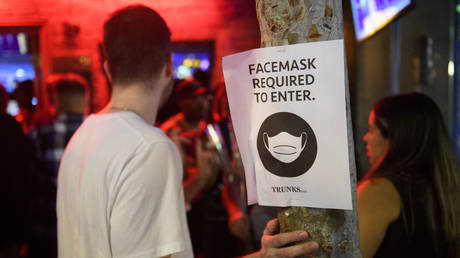 Chinese state-backed newspaper the Global Times accused the United States of holding “major responsibility” for the Covid-19 pandemic after a congressional report blamed China for the virus’ spread.

In an editorial on Monday, the newspaper argued “that the US holds major responsibility for the global spread of the pandemic,” calling “every aspect of what the US has done” to prevent the spread of the virus “disappointing.”

The Global Times specifically listed “four sins” that it charged the US with committing. These include being “the largest spreader of the pandemic” by having the most Covid-19 cases and deaths in the world, contributing “little to the global fight against the virus,” doing “little” in organization to deal with the virus domestically, and making China a “scapegoat.”

“The US is the chief culprit of the current confusion toward how to deal with COVID-19,” the newspaper declared, citing its flip-flopping on policies, divided attitude towards vaccines, and “practice of putting capital first in the fight against the epidemic.” (RT)