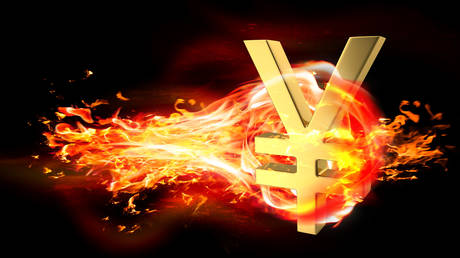 The Chinese sovereign digital currency, which may be offered to the public next year, is projected to replace paper money. Analysts say it may even shift the global balance of economic power.

The People’s Bank of China last week revealed plans to have its sovereign digital currency ready in time for the 2022 Winter Olympics. Limited trials are already underway in four cities across the country.

“Looking back years later, the two defining historic events of 2020 would be the coronavirus pandemic, and the other would be [China’s] digital currency,” a senior researcher with Peking University’s Digital Finance Research Centre, Xu Yuan, told earlier the South China Morning Post.

While launching studies on its own digital unit as far back as 2014, Beijing has cracked down on the use of all cryptocurrencies, such as bitcoin. Cryptocurrency trading has been halted on some 100 exchanges in the country since 2017, in compliance with regulation on fraud and money laundering. “They see an opportunity of being a global leader here,” Andrew Polk, co-founder and head of economic research at Trivium China (a Beijing-based consultant) was cited by Bloomberg as having said.

Also on rt.com Bitcoin beware? After banning all cryptocurrencies China ‘close’ to releasing its own digital coin

Experts say China’s plans have triggered concerns about a new threat to US financial dominance. According to Aditi Kumar and Eric Rosenbach of the Harvard Kennedy School, the digital version of the Chinese renminbi could eventually allow Iran and other countries to more easily evade US sanctions or move money without it being spotted by Washington. They explained in an article for Foreign Affairs that one day it might be possible to transfer the digital currency across borders without going through dollar-based international payment systems. (RT)