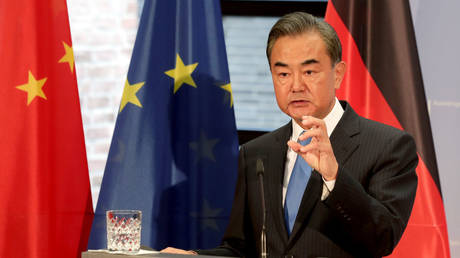 Beijing has suggested that US House Speaker Nancy Pelosi’s (D-California) Taiwan visit may have been part of a ploy by Washington aimed at creating a pretext to deploy more of its military to the region.

In a statement made during his visit to Bangladesh and published on Sunday, Chinese Foreign Minister Wang Yi said that “there are signs that the United States is trying to repeat its old tricks.” The diplomat clarified that Washington has a history of “creating a problem first, and then using it to realize its own strategic plans” elsewhere in the world.

According to the minister, regional players ought to oppose the ramping up of America’s military presence in the vicinity of Taiwan. Beijing reminded Washington that “Taiwan is not part of the United States, but China’s territory,” and that by giving the green light to Pelosi’s visit, the US had reneged on its previously professed commitment to China’s territorial integrity. (RT)