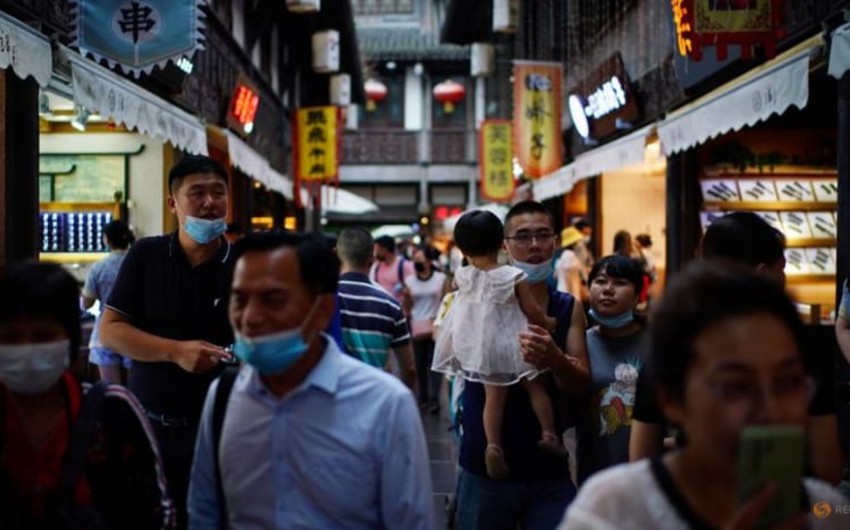 China’s population shrank in 2022 for the first time in more than 60 years, a new milestone in the country’s deepening demographic crisis with significant implications for its slowing economy, Report informs via CNN.

The population declined in 2022 to 1.411 billion, down some 850,000 people from the previous year, China’s National Bureau of Statistics (NBS) announced during a Tuesday briefing on annual data.

Analysts said the decline was the first since 1961 during the great famine triggered by former leader Mao Zedong’s Great Leap Forward.

“The population will likely trend down from here in coming years. This is very important, with implications for potential growth and domestic demand,” said Zhiwei Zhang, president and chief economist at Pinpoint Asset Management.

The birth rate also fell to a record low of 6.77 births per 1,000, down from 7.52 a year earlier and the lowest level since the founding of Communist China in 1949. Some 9.56 million babies were born, compared with 10.62 million in 2021 – despite a push from the government to encourage more married couples to have children.

The new data came alongside the announcement of one of China’s worst annual economic performances in nearly half a century, with the economy expanding by just 3% for the year, far below the government’s target, underscoring the steep economic challenges the country faces as its labor force shrinks and its retired demographic grows.

The demographic crisis, which is expected to have an increasing impact on Chinese growth in the years to come, has been a key concern for policymakers.

Beijing scrapped its decades-long and highly controversial “one child” policy in 2015, after realizing the restrictive policy had contributed to a rapidly aging population and shrinking workforce that could severely distress the country’s economic and social stability.

To arrest the falling birth rate, the Chinese government announced in 2015 that it would allow married couples to have two children. But after a brief uptick in 2016, the national birth rate has continued to fall.