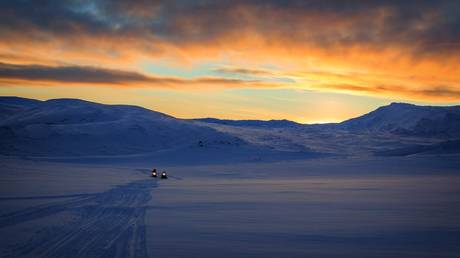 Beijing has announced this week its intention to construct a “Polar Silk Road” and actively participate in the development of Arctic and Antarctic regions as part of its new 2021-2025 “five-year plan.”

According to the plan published on Friday, China would “participate in pragmatic cooperation in the North Pole” and “raise its ability to participate in the protection and utilization of the South Pole.”

The plans to extend the ambitious Belt and Road Initiative to the Arctic by developing shipping routes were announced back in 2018. China said at the time that it wanted to create new freight routes linking Asia and Europe via the Northeast, Northwest and Central Passages of the Arctic, which raised concerns about the fragile environment of the region. It also said it would encourage enterprises to build infrastructure and conduct commercial trial voyages, paving the way for Arctic shipping routes that would form a “Polar Silk Road.” (RT)