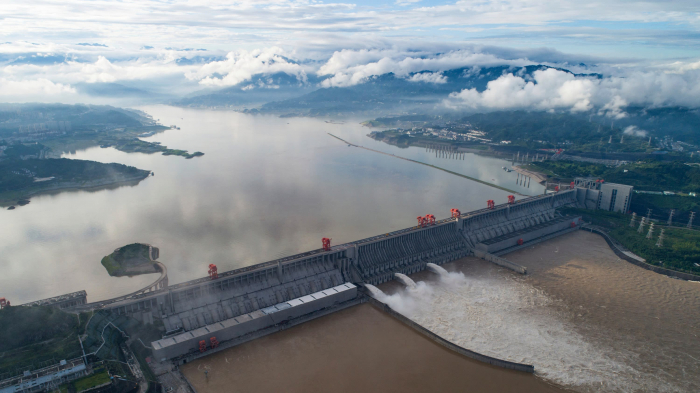 Despite reassurances by the government, residents along China’s rivers are increasingly worried that the mitigation capabilities of the Three Gorges Dam might fail after heavy rains lashed parts of the country.

Some 141 people are already missing or dead, and nearly 38 million people have been evacuated since alerts were triggered in June about the flooding of 433 rivers nationwide, the country’s flood control authorities said on Monday.

Authorities in Jiangxi, the province through which the Yangtze River flows and which is home to Poyang, raised its flood-control response to Level 1 on Sunday, the highest of a four-level emergency response.

Torrential rains that typically hit in July and August started in the middle of June this year. Video clips on social media showed rivers overflowing and submerging homes, including a three-story home in Jiangxi that collapsed and was swept away by strong currents on July 5.

Economic losses from damage to properties in 13 provinces had reached 25.7 billion yuan ($3.6 billion) by the end of June, according to an estimate by PingAn Securities. Continued flooding is expected to drag down investment in the third quarter but unlikely to affect economic output as a whole, it said.

Residents in affected areas appeared to be more concerned that the Three Gorges Dam would breach its banks with further downpours, even though authorities had released floodwater from the dam upstream on June 29.

Read more:   Death toll climbs to 64 in one of China's worst industrial blasts in recent years

In one video posted by a resident in Wuhan on Friday on the Toutiao Jinri news app, Yangtze River’s water level reached 28.11 meters, well above the average, even though there had been no rain in the city in recent days. Wuhan is one of the cities in the Yangtze River basin, south of the Three Gorges dam.

Dam authorities tried to reassure residents by saying in state media on July 8 that the reservoir could still hold more rain as it had only reached 149 meters of a maximum of 175 meters that it can contain.

Like others, Zhang Jianping, an activist in Jiangsu, is skeptical.

“With hindsight, I think that all those experts who opposed the buildings of the Three Gorges were right,” Zhang said on Radio Free Asia. “Since it was built, it has never played a role in preventing flooding or droughts, like we thought it would back then.”

Despite protests by residents and environmentalists, the Three Gorges Dam was completed in 2006 after a 12-year build. Millions were displaced as an area of about 600 kilometers was submerged to create the world’s largest dam and hydroelectricity facilities.