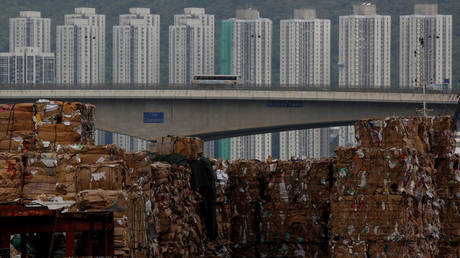 PHILE PHOTO: Tonnes of waste paper to be shipped to mainland China at a dock in Hong Kong © Reuters / Bobby Yip

Since China banned the import of certain types of waste in 2017, those shipments have declined by 71 percent, the country’s environmental authorities have announced.

China took in almost 13.5 million tons of rubbish last year and expects to stop the shipments altogether in the next twelve months, according to Liu Youbin, spokesman for the Ministry of Ecology and Environment. (RT)