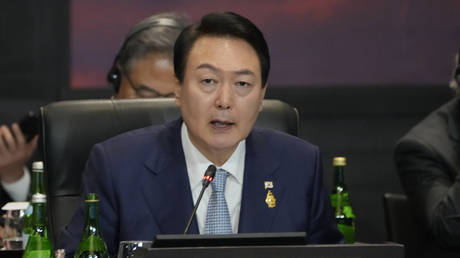 South Korean President Yoon Suk-yeol has urged China to step up pressure on Pyongyang to denuclearize, warning that escalating tensions with North Korea will only fuel an arms build-up in the region and encourage outside intervention by the United States.

As a permanent member of the United Nations Security Council, China has a duty to push North Korea to give up its nuclear arsenal and encourage regional stability, Yoon told Reuters on Monday, saying UN states should “respond consistently and in lockstep with each other.”

“What is sure is that China has the capability to influence North Korea, and China has the responsibility to engage in the process,” he said, adding that denuclearization is in Beijing’s own interest.

The president argued that simmering hostilities on the Korean peninsula were driving up military spending across the region and beyond, saying that would bring “more deployments of American warplanes and ships.” To underscore that point, he noted that Seoul and Washington recently agreed to station additional “strategic assets” in the area, including aircraft carriers and long-range bombers, in response to a record number of North Korean weapon tests this year. 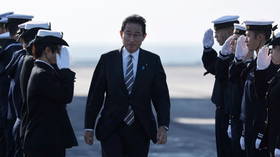 Yoon’s comments echoed similar remarks by US National Security Advisor Jake Sullivan ahead of a recent meeting between President Joe Biden and his Chinese counterpart Xi Jinping, in which he said North Korea’s continued pursuit of nuclear weapons will lead to a larger US military presence in Asia.

Asked about how South Korea and its allies would react should the North conduct another nuclear test, Yoon warned of a response “not seen in the past,” but declined to elaborate. “It would be extremely unwise for North Korea to conduct a seventh nuclear test,” he told the outlet.

However, while Yoon suggested Pyongyang was solely to blame for recent escalations, Chinese officials have frequently criticized joint wargames between the United States and South Korea, saying such military operations only serve to inflame the situation and provoke increasingly harsh responses from the North. The DPRK, for its part, has repeatedly denounced US-South Korean drills as preparations for an attack, and has retaliated with a number of missile, rocket and artillery demonstrations this year, even testing two intercontinental ballistic missiles (ICBMs) earlier this month.

Though Washington has also leaned on Beijing to ramp up pressure on North Korea to change a number of its policies, officials have acknowledged that China may simply lack the ability to sway its neighbor, with President Joe Biden saying earlier this month that it is not clear whether the People’s Republic can “control” Pyongyang or prevent a future nuclear test. (RT)