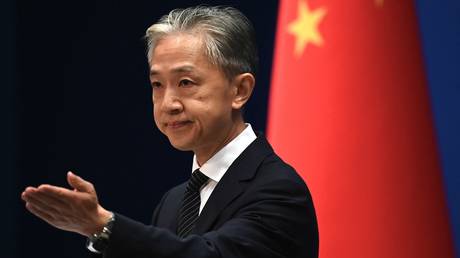 The fall of Kabul a year ago was a failure of US hegemony and the strategy of exporting democracy globally, but Washington doesn’t appear to have learned anything from it, Chinese Foreign Ministry spokesman Wang Wenbin told reporters on Monday.

Asked about Taliban’s takeover of the Afghan capital, a year ago to date, Wang said the “Kabul moment” became a “byword for the US debacle in Afghanistan,” adding that it represented multiple American failures.

“The ‘Kabul Moment’ marks the failure of the ‘democratic transformation’ imposed by the US,” Wang said, noting that the “path to democracy varies from country to country, and will not work if it is imposed from the outside. Forcing the US-style democracy on a country has invariably led to dysfunction and failure of its implementation.” (RT)