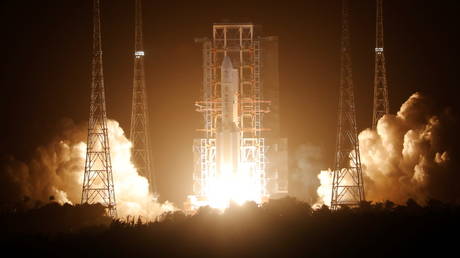 Beijing’s space agency has embarked on a project to harvest rocks from the lunar surface with a robotic craft and bring them back to Earth, a feat accomplished by only two other nations and last attempted nearly 50 years ago.

The China National Space Administration’s (CNSA) Chang’e-5 mission blasted off from the Wenchang Space Launch Center in a pre-dawn launch on Monday, putting the advanced robotic craft and its Long March-5 carrier rocket – the largest of its kind in China – on course for the Moon. If all goes off without a hitch, the craft is meant to gather space rocks off the pock-marked satellite and ship them back home by mid-December.

In addition to collecting lunar materials to help scientists understand the moon’s origins and history, the mission will also put Chinese robotics to the test, using a remotely operated craft to grab and store the rock samples in preparation for more complicated tasks.

Read more:   What did Narendra Modi do to curb COVID spread in India?

“This is one thing that the Chinese space program is very good at,” Andrew Jones, a journalist who closely follows China’s space program, told the Verge.

They set incremental targets and goals, and they build on what they’ve achieved and make more ambitious targets.

Should the mission be successful, China would become the third nation alongside the United States and the Soviet Union to gather materials from the moon’s surface, last achieved by the USSR’s Luna 24 mission in 1976.

Weighing in at around 18,100 pounds (8,200 kilograms), the spacecraft is expected to arrive in orbit around the Moon on November 28, and within a day or two will likely send both a lander and an ascent vehicle to a previously unexplored location on the surface, Space.com reported. The exact timeframe is unclear, however, as officials in Beijing have kept some details of the mission under wraps. 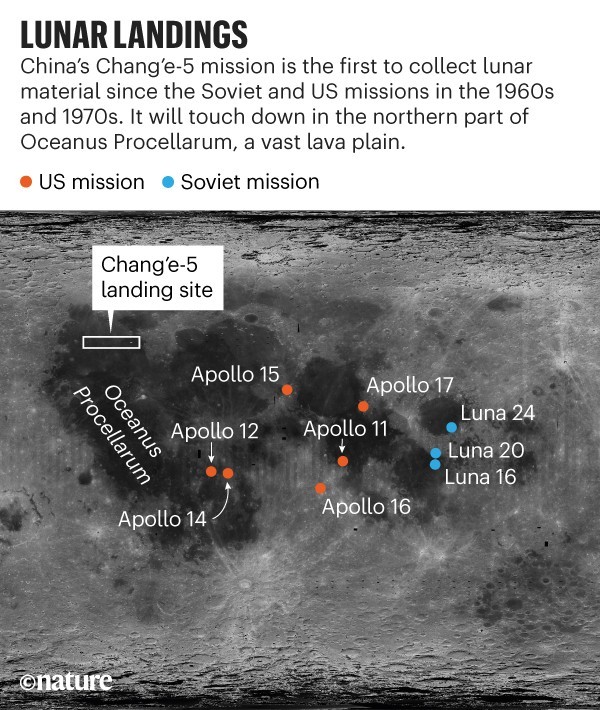 After reaching solid ground, the robot will spend one lunar day – roughly a fortnight on Earth – collecting about four pounds of lunar rock, soil and dust, hopefully avoiding the “extreme overnight temperatures that could damage electronics,”according to Clive Neal, a geoscientist at the University of Notre Dame in Indiana.

Before heading back home, the precious cargo will be loaded onto an ascent craft, which will then rendezvous with the main vehicle waiting in orbit, what a research coordinator at the European Space Agency (ESA), Jampes Carpenter, said would be “a good rehearsal for future human exploration.” For China, that could mean practice for a manned Moon mission set for 2030.