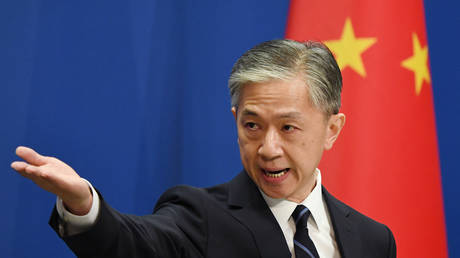 Beijing warned on Monday it would take all necessary measures to defend its territorial integrity, and urged Washington not to “underestimate” the resolve of the Chinese people.

The rebuke came hours after US President Joe Biden vowed to use military force to defend Taiwan if necessary. China considers Taiwan an inalienable part if its territory.

“The Taiwan issue is a purely internal affair for China,” Foreign Ministry Spokesman Wang Wenbin told reporters, adding: “on issues touching on China’s core interests of sovereignty and territorial integrity, China has no room for compromise or concession.” 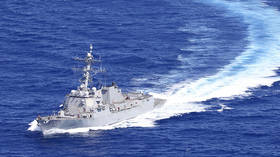 China reacts to US warship sailing through Taiwan Strait

China has asked the US to “earnestly abide” by the “One China” policy, under which the US and other nations recognize that there is only one China, led by Beijing. The Chinese government will take “resolute actions” to protect its sovereignty and security interests, the ministry spokesman said.

“No one should underestimate the firm resolve, staunch will and strong ability of the Chinese people in defending national sovereignty,” he added. (RT)