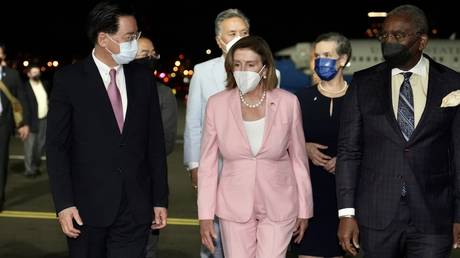 Wang noted that Putin’s position reflected the high-level strategic cooperation between China and Russia and was a manifestation of the “consistent and firm mutual support” of the two countries on issues relating to each other’s key national interests.

The spokesman also pointed out that, after Pelosi’s trip to Taipei, over 170 countries have reiterated their commitment to the “One China” principle and have supported Beijing in its attempts to defend China’s sovereignty and territorial integrity.

The Russian president suggested that the speaker’s trip was part of Washington’s deliberate strategy to destabilize the situation in the Asia-Pacific region and it was “not just a trip of an individual irresponsible politician, but a brazen demonstration of disrespect towards another country’s sovereignty.” 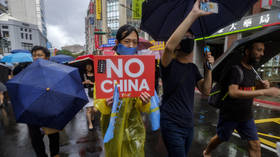 Putin also noted that Western “globalist elites” were using such provocations to divert the attention of their own citizens from acute socio-economic problems and shift their own failures onto countries like Russia and China. The president added that Moscow and Beijing were defending their own point of view by building a sovereign development policy, which does not submit to the dictates of the supranational elites.

Earlier this month, 82-year-old Pelosi became the highest-ranking US official to visit the self-governing island of Taiwan since 1997 despite multiple warnings from Beijing.

China responded to the speaker’s visit by holding “unprecedented” military exercises in the Taiwan Strait. It imposed trade restrictions on Taipei, sanctioned Pelosi and her family, and cut diplomatic ties with the US in a number of key areas, including climate change, maritime security, as well as other military sectors.

Beijing considers Taiwan sovereign Chinese territory. Since 1949, the island has been ruled by nationalists who fled the mainland with US help after losing the Chinese Civil War to the Communists. The US officially recognizes, but does not endorse, China’s sovereignty over Taiwan. Although American lawmakers and officials regularly travel to the island, Beijing considers visits by more senior US figures to be tacit endorsements of Taiwanese independence. (RT)