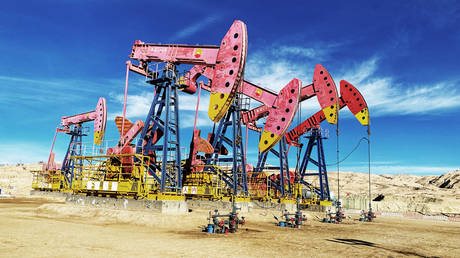 China National Petroleum Corporation (CNPC) has found crude oil and natural gas in the deepest well drilled in Asia’s onshore, striking hydrocarbons in a pre-salt layer for the first time in China.

The discovery was made in the Tarim oilfield in China’s northwestern region of Xinjiang in a well deep 8,882 meters (29,140 feet), which was first drilled in July last year.

Production from the now spudded well in the pre-salt area is expected at 133.46 cubic meters of oil per day, while daily gas production is seen at 48,700 cubic meters, according to a CNPC statement carried by Reuters. (RT)