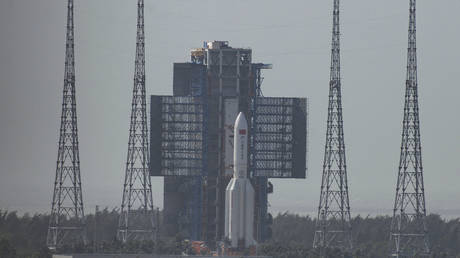 China is considering expanding its Tiangong space station, Wang Xiang, the head of the space station system at the China Academy of Space Technology (CAST), has revealed.

The senior official spoke to the media following the successful return of the Shenzhou-14 mission astronauts (also known as taikonauts) over the weekend.

“Following our current design, we can continue to launch an extension module to dock with the forward section of the space station, and the extension module can carry a new hub for docking with the subsequent space vehicles,” Wang told CCTV. 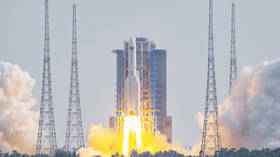 The potential expansion may include a new core module for the station, which currently has three pieces, the official suggested. Still, he did not confirm that these plans had been approved by Beijing.

The station received its final third module, the Mengtian Space Laboratory, back in November. The new module contains equipment for studying microgravity and conducting experiments in fluid physics, materials science, combustion science, and fundamental physics, according to the China Manned Space Agency (CMSA).

The station also incorporates the core module Tianhe, which was launched in April 2021, and another space lab, Wentian. The country began building its own space station after it was excluded from the International Space Station (ISS) program in 2011, when the US government banned NASA from working with Beijing. (RT)