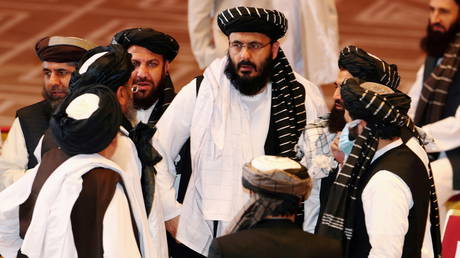 Taliban representatives have met with Chinese Foreign Minister Wang Yi to discuss peace in Afghanistan after the withdrawal of US troops.

The Taliban announced the meeting on Wednesday saying that they had traveled to the northern Chinese city of Tianjin to meet with Chinese officials to discuss “political, economic and security issues.” The delegation was led by Taliban negotiator and deputy leader, Mullah Baradar Akhund. The Chinese side consists of Foreign Minister Wang Yi, the deputy foreign minister, and the Chinese special envoy for Afghanistan. Updates of the talks are being posted on Twitter by Mohammed Naeem — the delegate’s political spokesperson.

“China pledged to continue to expand its cooperation with the Afghan people, saying that they would not interfere in Afghanistan’s affairs, but would help solve problems and build peace,” he tweeted. (RT)