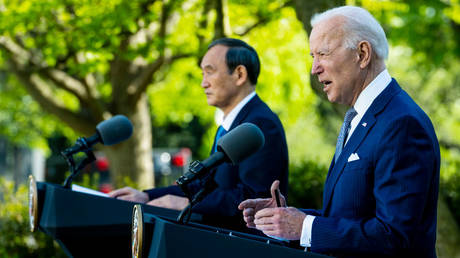 Beijing has blamed Washington and Tokyo for undermining stability in the Asia Pacific region after they released a joint statement saying “regional challenges” would be addressed by all means, “including nuclear.”

The statement by US President Joe Biden and Japanese Prime Minister Yoshihide Suga, the first foreign leader to officially visit Biden at the White House, was released on Friday. It criticized China, suggesting its actions “are inconsistent with the international rules-based order” and impact “peace and prosperity” in the region. (RT)

Abu Dhabi to end quarantine for all int’l guests

Abu Dhabi will end quarantine for all international arrivals starting from July 1, according to…