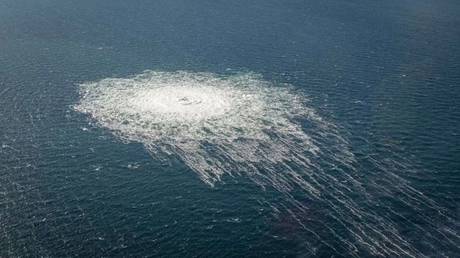 The situation regarding Russia’s Nord Stream pipelines is tragic and may worsen the global energy crisis, China’s deputy permanent representative to the UN, Geng Shuang, said on Friday.

“The Nord Stream pipeline is the main artery for energy transportation in Europe, providing vital gas supplies to 23 European countries. A physical disruption of the pipeline, as a result of the leaks, has exacerbated the energy supply shortages in Europe. Consumers around the world, particularly those in developing countries, are likely to suffer from the resulting volatility in the energy markets and the soaring energy prices… At a time when Europe and the world are facing a proliferation of intractable challenges, this indeed is a great and tragic calamity that we do not wish to see,” the official said at the UN Security Council.

Read more:   What the frack? US shale is the REAL target of Saudi crude market move

While the price of gas in Europe in September dropped by nearly a quarter compared to the end of August on news that European storage facilities were nearly full, it started climbing this week due to the situation regarding Russian deliveries. According to data from London’s Intercontinental Exchange, the price of October and November futures jumped more than 10% on Friday, to $2,100 per thousand cubic meters. 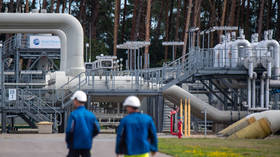 Geng noted that the pipelines continue to leak, and warned that apart from the energy market, the situation is affecting the shipping routes as well as the environment in the area.

He added that a number of countries believe the incident to be the result of deliberate sabotage, and said that if this turns out to be true, it “would constitute an attack on transnational civilian facilities and submarine pipelines” in violation of international law. The official called on the UN to launch an investigation into the leaks.

“The leaks this time highlight the vulnerability of transnational infrastructure. We are ready to work with all parties to maintain the security of cross-border infrastructure,” Geng said.

The Danish authorities reported leaks on both the Nord Stream 1 and 2 pipelines on Monday after a local pipeline operator noted a loss of pressure following a series of undersea explosions in the area. Denmark estimates the power of the explosions at around 500 kilograms of TNT, the Wall Street Journal reported earlier this week.