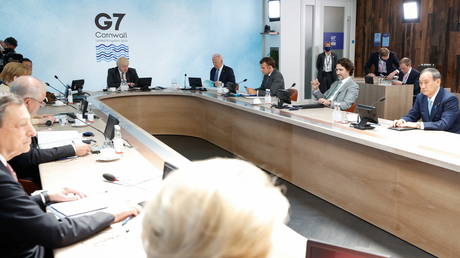 The Chinese Embassy in London has denounced a statement by the G7 “clique” that called on Beijing to respect human rights, describing it as a serious violation of international relations.

In a statement on Monday, the embassy described a communiqué issued by the Group of Seven countries on Sunday as a “serious violation of the basic norms of international relations.” (RT)