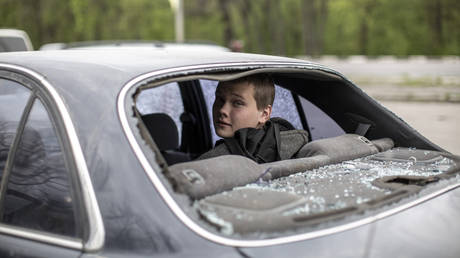 Over 30 people were killed in an attack near Kharkov, the Lugansk People’s Republic’s envoy to Moscow claims FILE PHOTO. © Narciso Contreras / Anadolu Agency via Getty Images

The Ukrainian army has attacked a refugee convoy in the eastern region of Kharkov, killing over 30 people, according to the Lugansk People’s Republic’s envoy to Russia.

Rodion Miroshnik wrote on his Telegram channel that those killed in the artillery bombardment included children. He added that emergency services are unable to access the bodies, as shelling from Kiev’s forces continues. The republic’s health ministry stated that seven other people were injured, including two children who lost their parents in the shelling.

Miroshnik claimed the Ukrainian army knew exactly who they were shooting at, as they had allegedly used drones to track down the refugee vehicle convoy and were “intentionally aiming at civilians.” Kiev has yet to respond to the allegations.

Speaking to the Russia 24 TV channel, the LPR envoy noted that the number of civilians trying to get out of Kharkov Region has significantly increased in recent days, as fighting in the area has intensified in the wake of Kiev’s forces reclaiming most of the region. Miroshnik said most of the fleeing residents are trying to cross into Russia’s Belgorod region or the LPR, especially from the cities of Kupyansk and Balakleya. 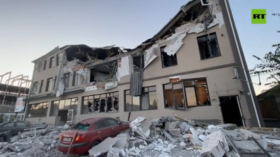