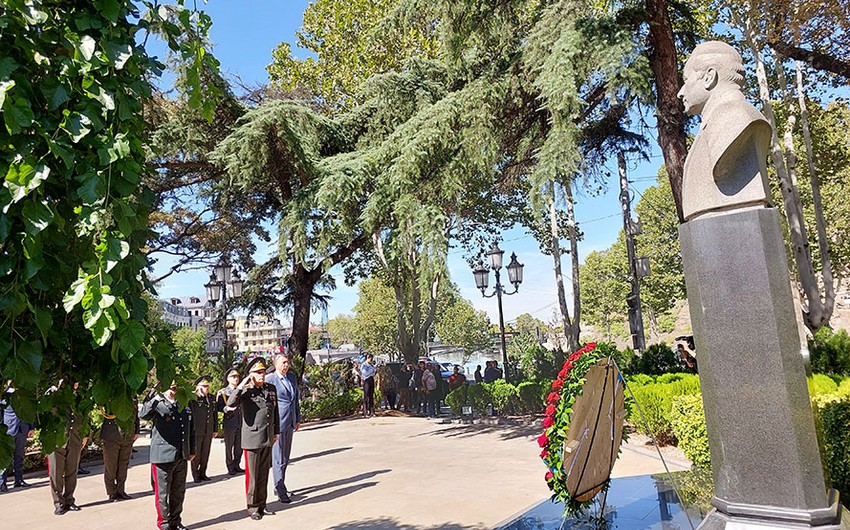 On September 28, the First Deputy Minister of Defense – Chief of the General Staff of the Azerbaijan Army, Colonel-General Karim Valiyev, who is on an official visit to Georgia, visited the monument of the great leader Heydar Aliyev in the center of Tbilisi, Report informs, citing the Azerbaijani Defense Ministry.

The Azerbaijani delegation laid a wreath in front of the monument and honored the memory of the national leader with deep respect.

The Chief of the General Staff of the Azerbaijani Army was accompanied by the Ambassador of Azerbaijan to Georgia, Faig Guliyev, the head of the military attaché’s office, Lieutenant Colonel Fuad Ibrahimov, and the staff of the embassy.