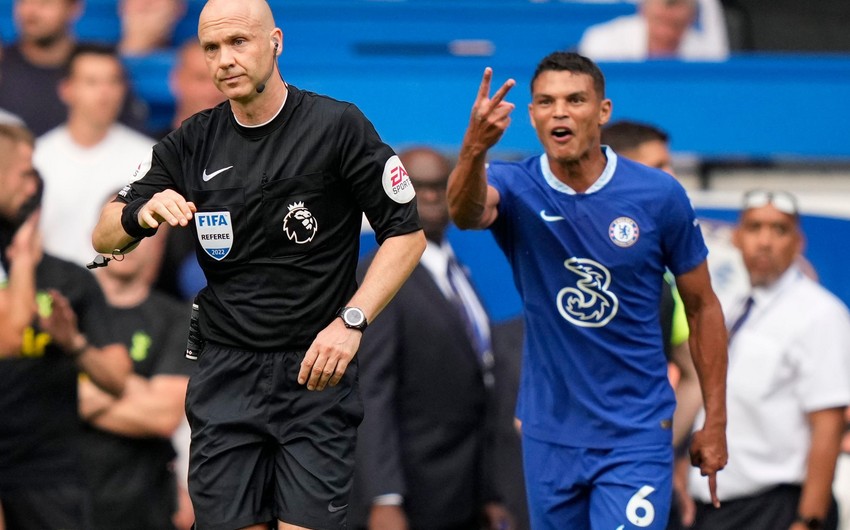 The Blues were left furious that Pierre-Emile Højbjerg’s 68th minute equaliser was allowed to stand.

Rodrigo Bentancur was not penalised for a challenge on Kai Havertz in the build-up to the goal. An offside was also not given against Richarlison.

In the dying embers of the match, Taylor and VAR decided against punishing Cristian Romero for pulling Marc Cucurella’s hair at a set-piece.

Tottenham scored to snatch a point from the resulting corner.

Taylor then sent off both Antonio Conte and Thomas Tuchel following an altercation at the final whistle.

This is not the first time that Taylor has given controversial decisions against the Blues. And Chelsea fans have well and truly had enough.

A petition was set up after the final whistle on Sunday evening.

The petition has already received over 84,000 signatures, with Chelsea fans making their feelings about the 43-year-old clear.