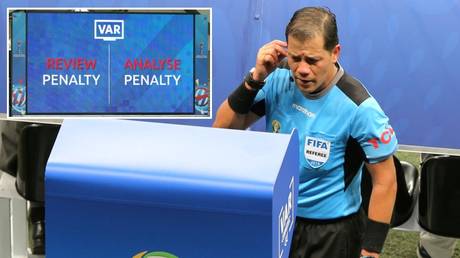 The controversial Video Assistant Referee (VAR) system is coming to the Premier League this season, with the league’s interim CEO warning to expect controversy as the system beds in.

VAR has already hit the headlines during the World Cup and UEFA Champions League, with the use of the technology to improve in-game decisions drawing a mixed response from fans, players and coaches alike.

FIFA has defended the use of VAR in its selected competitions so far, claiming referees had reached an accuracy rate of 98% during the group stages of the Women’s World Cup.

VAR technology is coming to English Premier League, the richest, most-watched domestic league in the world.

And the Premier League’s interim CEO Richard Masters said he knows controversy is just around the corner.

Speaking to reporters in China during the Premier League Asia Trophy, he said: “I have no doubt it’ll create some controversy because it’s about the big decisions but we’re prepared for that.

“But we’re putting something new into the Premier League and if it needs to be refined or improved or tweaked we will look at it when the moment arises.

“We’ve got to let it happen first and keep an open mind about whether it’s really working.”

Also on rt.com ‘They got it right’: Mourinho on vital VAR moments in Man City-Spurs Champions League thriller

Despite the reservations of many fans over the introduction of the technology, and the delays and interruptions it causes to the flow of the game, Masters said the referees’ discretion should help ensure those interruptions are kept to a minimum.

“But they don’t want to see the Premier League or English football interrupted, or the pace of the game changed. (RT)