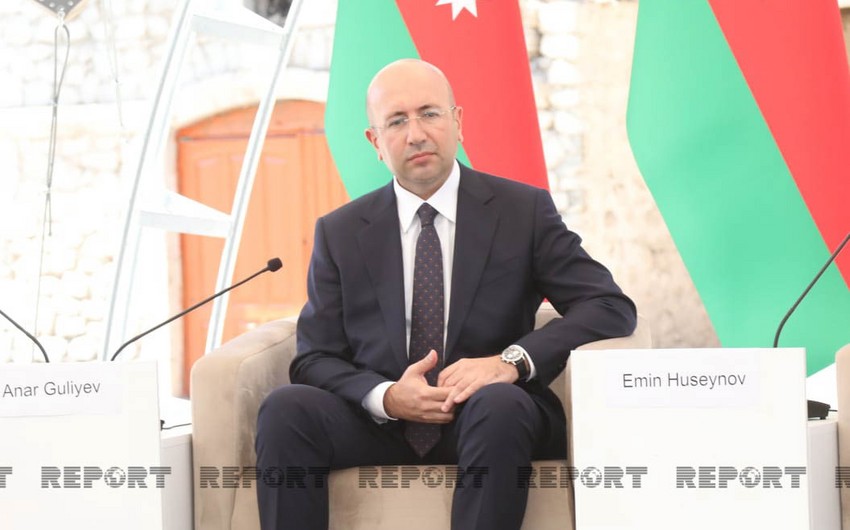 The issue of clearing the areas of mines and unexploded ordnance is still the biggest obstacle to large-scale reconstruction works in the de-occupied areas, Chairman of the State Committee on Urban Planning and Architecture of the Republic of Azerbaijan Anar Guliyev said at the Azerbaijan National Urban Forum on the “Sustainable Development Goals and the New Urban Agenda as engines of post-conflict reconstruction and rehabilitation” in Aghdam.

“The pace of reconstruction works and the repatriation of the internally displaced population depend on this factor,” he said.

The head of the State Committee called the challenge of post-conflict rehabilitation of settlements facing many countries due to military conflicts a bitter reality of our time.

He said that as a result of the occupation of 20% of Azerbaijan’s territory over 30 years, nearly 900 settlements were completely destroyed, more than 1 million hectares of land were removed from agricultural circulation, and hundreds of objects of cultural heritage objects were destroyed:

“It was possible to restore the territorial integrity of our country only in 2020 by military means. The main issue facing us now is the speedy restoration of the liberated territories and their full integration into the country’s life, the return of 1 million compatriots displaced from their native lands, and the creation of stable communities in the territories.”