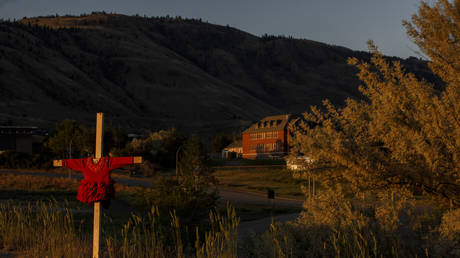 Millions of dollars that were supposed to go to Canadian residential school survivors as part of a 2005 settlement were reportedly spent by the Catholic Church on lawyers, fundraising, administration costs and unapproved loans.

At least 150,000 indigenous children were forced to attend some 140 residential schools across the country, which were funded by the federal government and run by churches. The children had been forcibly taken from their families in order to strip them of their cultural identity.

Under the Indian Residential Schools Settlement Agreement (IRSSA) between the Canadian federal government, indigenous representatives and the various church bodies that operated the schools, more than Can$3 billion (US$2.4 billion) has been paid to compensate survivors, as of March 2021.

The church had claimed to have paid most of the cash amount and fulfilled its “in-kind services” commitment. In 2015, it invoked the “best efforts” clause in court where a judge absolved it of the legal obligation to pay the remaining unpaid sum of $21 million (US$16.8 million) from that fundraising campaign.

In recent weeks, it has emerged that the church was able to raise around $300 million (US$240 million) for construction and renovation projects during the same time period that it claimed it could only raise a total of $3.9 million (US$3.1 million) for residential school survivors.

Now, court documents accessed by CBC news reportedly contradict the church’s claims. A federal government “factum” document that summarized the evidence from the 2015 court case pointed to “a large number of serious accounting discrepancies that are alarming to Canada.”

The church had also not filed its mandatory annual financial statements to the government until 2012 – five years after IRSSA went into effect in 2007, according to the documents seen by the CBC.

From the Can$29-million cash payment, some $2.7 million (US$2.1 million) was reportedly paid to lawyers and an additional $2.3 million (US$1.84 million) was spent on administration expenses – something no other church group claimed.

As well, Can$1.6 million (US$1.28 million) was claimed as donations made to projects related to indigenous issues. These projects were not covered in the approval process and no explanation or invoices have reportedly been provided to back these claims. (RT)