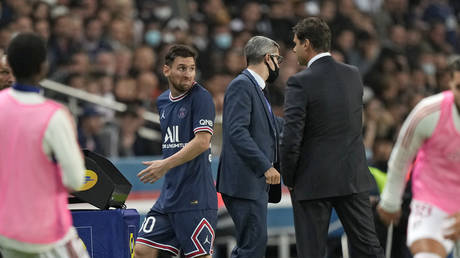 Messi seemed unhappy at being hooked off by Pochettino. © AP

There are no lingering issues between Lionel Messi and Mauricio Pochettino despite the Argentine star snubbing his manager when he was substituted in the 76th minute of his home debut on Sunday, according to reports in France.

Messi appeared unhappy as he was replaced with Achraf Hakimi towards the end of the meeting with Lyon at the Parc des Princes, with the scores level at 1-1.

The six-time Ballon d’Or winner barely responded to Pochettino’s gesture of an outstretched hand and cut a glum figure as he watched the remainder of the game from the bench.

PSG went on to win thanks to an injury-time header from substitute Mauro Icardi, which maintained their 100% start to the season.

Also on rt.com ‘He’s not happy’: Messi accused of SNUBBING PSG boss Pochettino as star is SUBSTITUTED in home debut

Much of the talk afterwards, however, centered on suggestions of early discord between Messi and his manager, even though Pochettino immediately moved to quell any speculation after the match.

Read more:   Azerbaijani MFA: Armenia doesn't give up on turning European court into a tool in its political games

“Everyone knows we have great players in the squad, we have 35 players. But we must make decisions for the good of the team. Sometimes they lead to a positive result and sometimes not,” said the 49-year-old.

“These are decisions we need to take. Sometimes it pleases people, or it doesn’t. I asked him how he was, and he said he was fine.”

Also on rt.com Pochettino claims Messi told him he was ‘OK’ after being subbed – but the cracks are already showing in PSG’s vanity project

Messi is famously averse to being brought off early, but according to reports in France on Tuesday the issue has been put to bed and both sides are ready to move on.

“Pochettino and Messi briefly explained themselves the day after the Argentine’s substitution,” said outlet RMC Sport, citing information from the PSG camp.

“The incident is closed, there is no problem between the two compatriots.”

According to reports in France, the PSG bench had become concerned after Messi was seen clutching his knee during the game.

Despite signaling that he was fine to continue, the star was nonetheless taken off as precaution.

L’Equipe reports that Messi received treatment on Monday but is expected to be fit to face Metz in a Ligue 1 clash on Wednesday night. 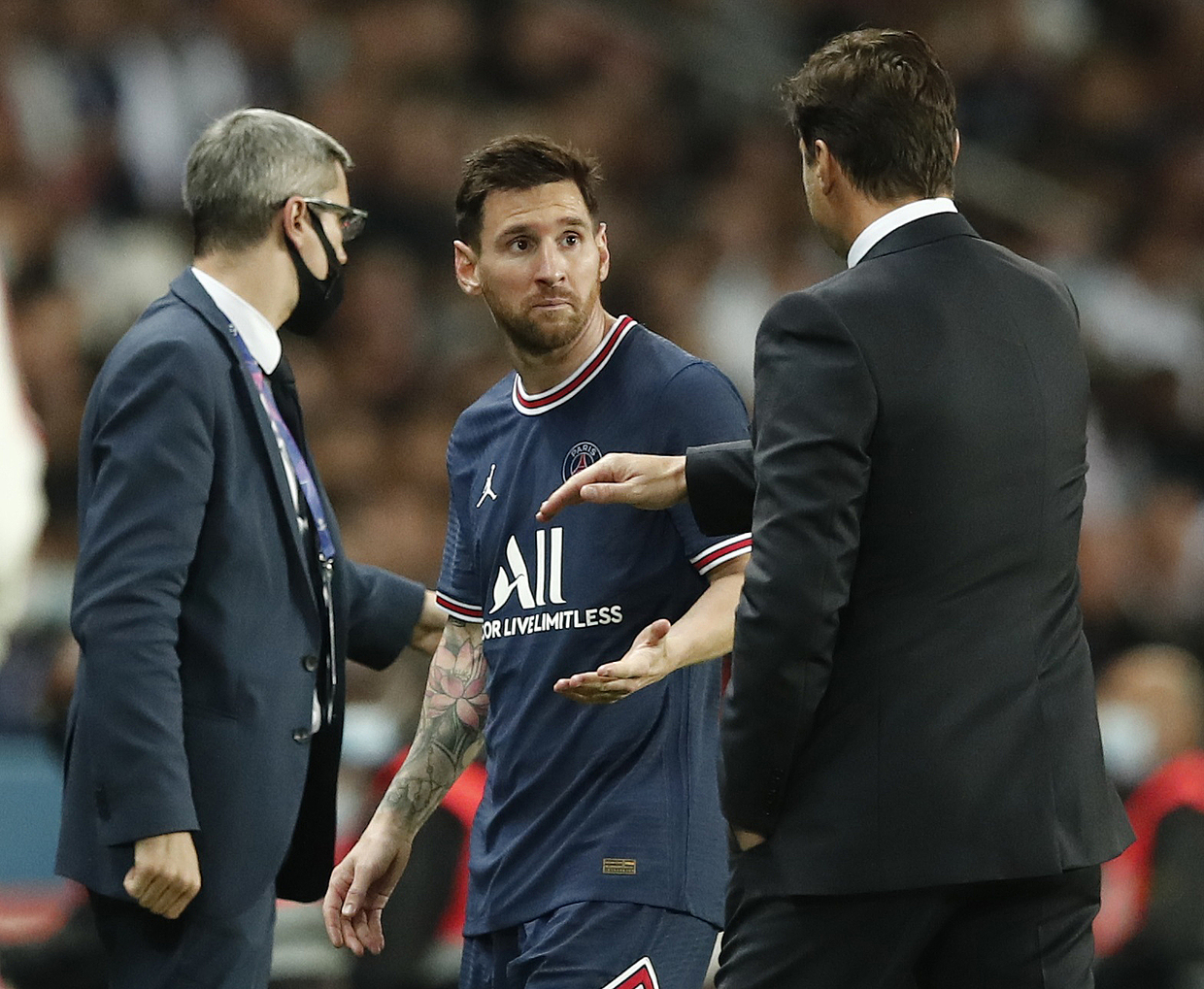 Messi was replaced by Pochettino in Paris but it was merely a precaution, according to reports. © Reuters

Messi is yet to score in three appearances with the club he joined in a shock move in the summer after financial constraints prevented Barcelona from re-signing their greatest ever player.

The 34-year-old made his debut as a 66th-minute substitute against Reims at the end of August, and played the entirety of the disappointing Champions League draw at Club Brugge in Belgium last week.

Messi struck the crossbar in that game and also rattled the woodwork against Lyon on Sunday, as continues to hunt a first goal in PSG colors.

Pochettino is due to give a press conference on Tuesday afternoon, ahead of the visit to Metz where he will no doubt be asked for more clarity on the situation with his star man.