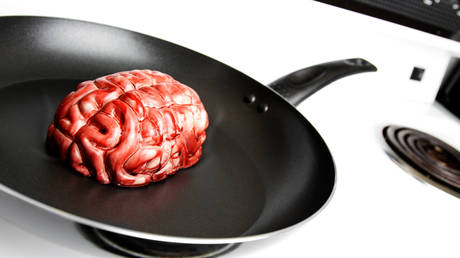 Michigan native Mark David Latunski has confessed to stabbing Kevin Bacon, a college student and hairdresser half his age whom he’d met on gay dating app Grindr, before removing and eating his testicles. He pleaded guilty in court on Thursday to charges of open murder and mutilation of a body two years after his lawyers initially sought an insanity plea.

A hearing next month will determine whether Latunski is convicted of first- or second-degree murder – both contained in the charge of open murder – or manslaughter.

While the 52-year-old could face life in prison, Latunski’s attorneys seemed more concerned about the implications of their client’s change of plea than he did. Lawyer Mary Chartier, who had initially suggested the insanity defense, told the court that: “While this is not an outcome that [fellow defense attorney] Mr. Krause and I think is in Mr. Latunski’s best interest, we do have to follow Mr. Latunski’s wishes…consistently he’s been very clear, more than once, multiple times, on his choice and on his reasoning.” 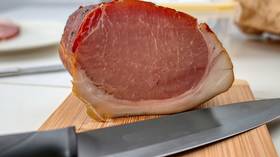 Latunski and Bacon matched on Grindr and met at Latunski’s house for a date. The cannibal claimed Bacon told him he was suicidal, to which he responded he could help the younger man “disappear” and suggested using a knife. When Bacon supposedly said “do it,” Latunski stabbed him in the back of the neck and then slit his throat – supposedly to ensure he didn’t suffer – before hanging him upside down and removing his testicles with the knife.

“Latunski said he normally eats Rocky Mountain oysters and said instead of eating the ones in his freezer, he decided to use the testicles of Kevin Bacon,” Michigan State Police Detective Sargent James Moore testified.

Bacon’s body was discovered in the basement of Latunski’s home in Bennington Township just days after the pair’s fateful Christmas Eve rendezvous.

Police have been looking into the possibility Latunski was involved in other crimes. While they spoke with two other men he picked up on Grindr who allegedly fled his home in late 2019, no charges have been filed; one man even returned to Latunski’s home later that night. (RT)