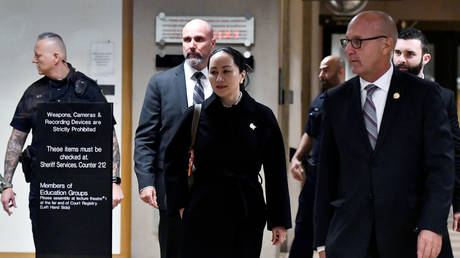 Meng Wanzhou, Huawei’s chief financial officer, has lost a key argument in her fight against extradition to the US, after a Canadian judge ruled that the charges would be seen as a crime in Canada and the case can move forward.

The British Columbia Supreme Court in Vancouver decided that the threshold of double criminality has been met in Meng’s case. This requirement says that a person can be extradited over breaking another nation’s laws only if a similar law exists in the extraditing country.

Meng’s lawyers, who have been fighting against her extradition to the US since December 2018 when she was arrested at Vancouver’s airport, have been arguing that her alleged crime essentially concerns violations of the US sanctions against Iran. Washington does indeed want her on charges of defrauding financial institutions – and HSBC in particular – while attempting to circumvent US sanctions against Iran. (RT)

‘You don’t need to completely isolate any more,’ Sweden to tell elderly amid country’s relaxed handling of Covid-19

In its latest approach to the pandemic, Sweden plans to ease coronavirus restrictions for elderly…