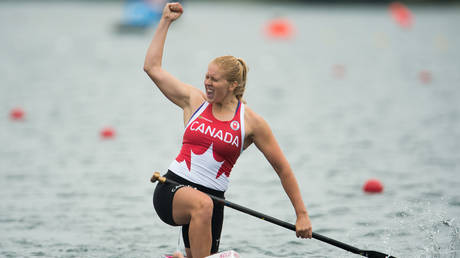 Canadian 11-time world champion canoeist Laurence Vincent Lapointe has been cleared of doping charges after it was determined that a banned substance entered her body through sex with her ex-boyfriend.

The 27-year-old athlete, who failed a drug test on the eve of the International Canoe Federation (ICF) Canoe Sprint World Championships last July, faced a four-year ban and the prospect of missing this summer’s Olympics in Japan if found guilty.

However, the Canadian champion managed to avoid the harsh punishment after persuading a tribunal that traces of steroid-like substance ligandrol detected in her system were a result of bodily fluid contamination from her ex-boyfriend.

“It’s pretty incredible,” Vincent Lapointe’s lawyer Adam Klevinas said at a news conference. “It took months to get results, and then at the end, we got the idea to analyze the hair of her ex and to test a product he finally admitted to taking.”

The ICF, which investigated the case, accepted the evidence presented by the renowned canoeist, allowing her to return to action with no sanctions imposed.

“After taking into consideration scientific expert evidence provided by Ms Vincent Lapointe’s legal team, and also the minuscule traces of ligandrol found in the athlete’s sample, the ICF has accepted that Ms Vincent Lapointe did not knowingly take the illegal substance,” the ICF said. (RT)