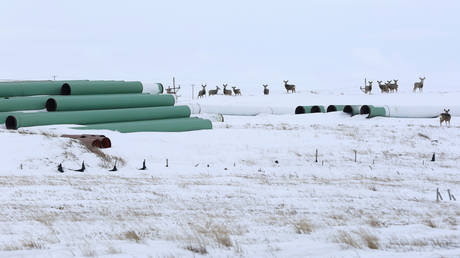 Top officials in the key oil-producing province of Alberta, Canada are calling on the country’s government to take urgent action to save the expansion of the Keystone XL pipeline to the United States.

Earlier, Canadian and US media reported that President-elect Joe Biden would sign an executive order revoking the permit for expanding the Keystone XL pipeline on his first day in office. Works on extending the project had been halted under Barack Obama’s presidency, but restarted when President Donald Trump overturned his predecessor’s decision in 2019. (RT)