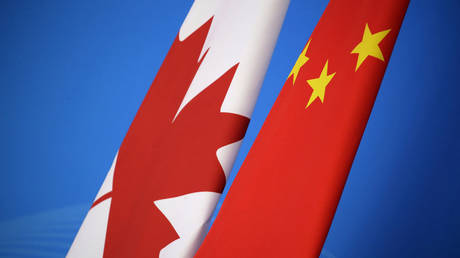 Canada has rolled out its long-awaited Indo-Pacific Strategy, a program document explaining how the country seeks to “promote and defend” its national interests in the region. The strategy was unveiled on Sunday, with a sizable chunk of the 26-page document touching upon relations between Canada and China.

“China is an increasingly disruptive global power. Key regional actors have complex and deeply intertwined relationships with China. Canada’s Indo-Pacific Strategy is informed by its clear-eyed understanding of this global China, and Canada’s approach is aligned with those of our partners in the region and around the world,” the document reads.

At the same time, Ottawa acknowledged that, given “China’s sheer size and influence,” cooperation with it was “necessary” to “address some of the world’s existential pressures, such as climate change and biodiversity loss, global health and nuclear proliferation.” Apart from that, “China’s economy offers significant opportunities for Canadian exporters,” the strategy reads.

Read more:   BP Azerbaijan operates normally, but according to special regulations due to strong winds

The document also touched on the Taiwan issue, with Ottawa’s stance appearing to be quite similar to the stance shown by Washington. While formally recognizing Taiwan as an integral part of China, just as Beijing views it, both countries have repeatedly proclaimed their support for the island nation. 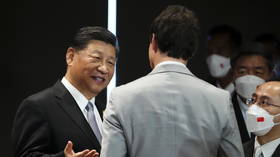 “While remaining consistent with our One China Policy, Canada will continue our multifaceted engagement with Taiwan, which includes collaborating on trade, technology, health, democratic governance and countering disinformation,” the document states, adding that Ottawa opposes any “unilateral actions that threaten the status quo in the Taiwan Strait.”

Speaking to The Guardian in a exclusive interview, Canadian Foreign Minister Melanie Joly explained that Canada views itself as a “Pacific nation and what happens there matters” for it. According to the top diplomat, Ottawa seeks to keep a balance between development aid for the region and investments in deterrence – with the program envisioning nearly half a billion dollars for security initiatives.

“We also wanted to put human rights as a key pillar of the strategy because we want to defend our national interests without compromising our values. Canadians are very proud of our human rights approach being part of our foreign policy,” she said.

The new Canadian strategy has already prompted an angry reaction from China. The document is “dominated by ideological bias” against Beijing, Chinese Foreign Ministry spokesman Zhao Lijian said on Monday.

“[The strategy] hypes up the so-called “China threat” and makes unwarranted accusations against China. The Chinese side is gravely concerned and strongly opposes this, and we have made solemn démarches to the Canadian side,” the spokesman told a regular news briefing. (RT)