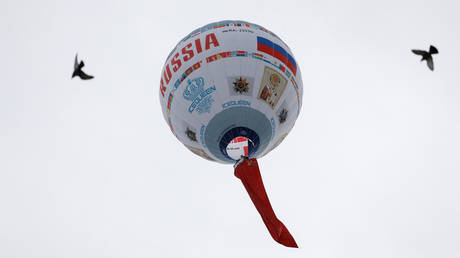 With the launch of new large helium capacities in Russia, the risk of any global helium shortage will cease to be a reality.

This month, Gazprom launched the first of six lines of the Amur Gas Processing Plant (GPP). By 2025, when the plant reaches its design capacity, it will not only become the largest Russian site for natural gas processing (42 billion cubic meters per year) but will also increase Russia’s share in the global helium market. Apart from ethane, liquefied petroleum gases and pentane-hexane fraction, the bordering China Amur GPP will be capable of producing up to 60 million cubic meters of helium annually. To make it clear, in 2020 Russia produced 4.5 million cubic meters (mcm) of helium, much less than the United States (74 mcm, including helium from the Cliffside storage) and Qatar (45 mcm, according to the US Geological Survey).

A window of opportunity

Gazprom made the final investment decision on the Amur GPP project in October 2012, also approving an investment plan for the Chayandinskoye field, which later supplied the Power of Siberia pipeline with natural gas. A year later, the US Congress passed the Helium Stewardship Act (2013) that limited withdrawals from the Cliffside helium storage facility. In 2012, 60 mcm of helium were taken from this storage, while in 2020 this figure did not exceed 13 mcm, according to the US Geological Survey. As a result, over the same period, the United States reduced its helium supply by more than 40% (from 133 million to 74 mcm, as follows from USGS data), which could not but create opportunities for other supplying countries, whose global share has increased from 24% in 2012 to 47% in 2020. Qatar, for example, has more than tripled its helium production between 2012 (13 mcm) and 2020 (45 mcm).

Read more:   Coronavirus vaccine put to final test in US in thousands of volunteers

Also on rt.com Smart money is betting on helium boom

However, this did not prevent the risk of a global shortage, as evidenced by rising prices. According to the UN/ WTO International Trade Center, in 2020, the average US export price for helium increased by 21%, from $3.5 to $4.2 per cubic meter, while in November 2020 it exceeded $4.9 per cubic meter. The reason is the growth in demand, especially in Asia: in 2020, the total supply of helium from the United States to Japan, China and South Korea exceeded the 2017 level by 40% (43.4 million cubic meters versus 31.0 million cubic meters). The demand is driven by the market for magnetic resonance imaging (MRI), which is one of the key segments of helium consumption. From 2016 to 2019, sales of MRI equipment in Japan, China and South Korea increased by 24% in total (to $1.1 billion, according to Mordor Intelligence), and they have not peaked yet: in 2019, in terms of the average number of MRI units, South Korea was almost half the size of the United States (30 versus 55 units per million population, according to OECD data). Another driver is the aerospace industry, which accounted for 9% of global helium demand on the eve of the pandemic (versus 26% for healthcare, 14% for electronics and 51% for all other sectors, according to Mordor Intelligence). Here, the use of helium will be spurred on by the launch of a Chinese orbital station, along with SpaceX’s ambitious plans and greater availability of space tourism. Between 2016 and 2019, global helium demand within this sector grew by 9%, while by 2024 it will increase by another 21%, according to the Mordor Intelligence forecast. The same goes for electronics, where helium is used to cool smartphones. Between 2016 and 2020, the global number of smartphone users grew by two thirds, from 3.7 billion to 6.1 billion. This growth is unlikely to stop, given that by 2024 the number of mobile devices (including tablets and IoT devices) will increase from to 14 billion to 17.7 billion, according to the Statista forecast.

Therefore, global helium demand will continue to grow: by 2024 it will increase by 21% compared to 2019 levels, as follows from the forecast provided by Mordor Intelligence before the pandemic began. Moreover, the actual increase may turn out to be even more significant, given the explosive growth in demand for MRI during the pandemic. This is why helium producers have been among the favorites of the stock market over the past year and a half: according to Bloomberg, from early January 2020 to mid-June 2021, the market capitalization of Helium One (UK) almost tripled (to $154.1 million). For Blue Star Helium (Australia), it grew 9 times (up to $32.9 million), and for RHC Helium (Canada) – 86 times (up to $60.5 million).

A timeline for new projects

For the same reason, the Amur GPP will not be the only new helium production site in Russia. To date, the only Russian site is the Orenburg Helium Plant, which has cut production from 5.1 mcm to 4.5 mcm between 2017 and 2020. But already in 2022, the Irkutsk Oil Company (INK) intends to commission a plant with an annual capacity of 7.5 million cubic meters of helium, based at the Yarakta field in Eastern Siberia. Following this, in 2025, INK will launch another helium plant (with an annual capacity of 4.5 mcm), which will process gas from the Markovskoye field. (RT)