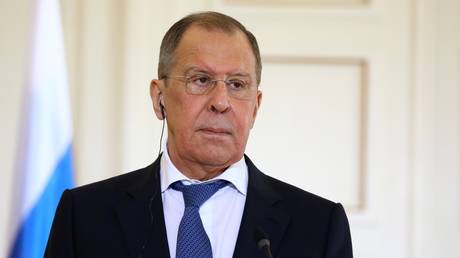 In a sign that relations between Moscow and the European Union are deteriorating, Russia’s top diplomat has said that the EU is unable to “adequately assess” what is going on in the world, and wishes to be above the law.

Foreign Minister Sergey Lavrov’s comments, delivered to Croatian newspaper Večernji list on Tuesday, were in reaction to the EU’s October 15 move to impose sanctions against six Russian individuals, and one scientific institution, over the alleged poisoning of opposition figure Alexey Navalny. Brussels believes the attack was ordered from the top, an accusation strongly denied by the Kremlin.

“Representatives of Germany and France have initiated another series of illegitimate EU sanctions against Russian citizens,” Lavrov told the Zagreb daily. “All this sadly and clearly illustrates the inability of the European Union to adequately assess world events and their (officials) desire to put themselves above the law.”

Primarily, Lavrov pointed the finger at Berlin, which he called “arrogant” for its refusal to respond to Moscow’s requests for information about the Navalny incident. In particular, the Kremlin has asked the German Prosecutor General’s office multiple times for toxicology reports.

According to the Foreign Minister, the EU has not provided any evidence after accusing Russia of poisoning the Moscow protest leader, merely asserting that their view of events is “highly likely.” Lavrov called the allegations “fictitious” and “contrary to elementary logic.”

He also assured “western colleagues” that the “Russophobic outbursts” would be met with an appropriate reaction.

“Unfortunately, we must acknowledge that Washington and many EU capitals have recently redoubled their efforts to curb Russian development, seeking to punish us for an independent foreign policy and consistent protection of national interests,” Lavrov explained. (RT)