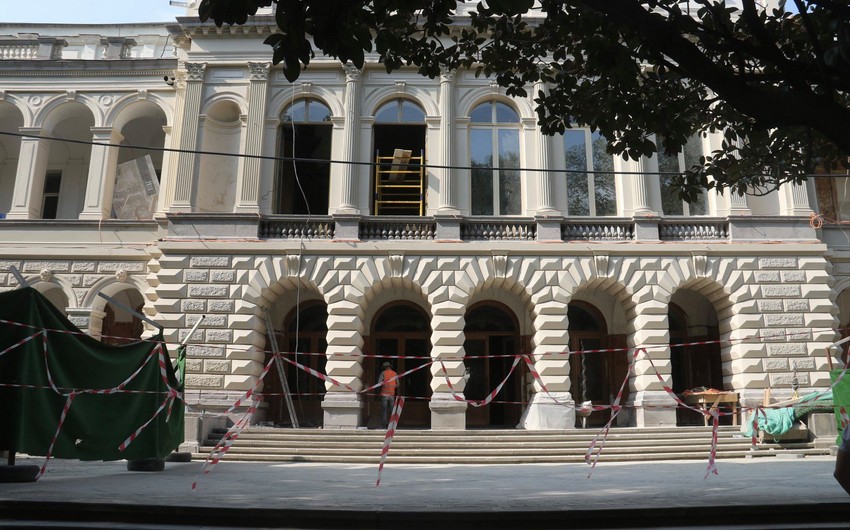 Intensive restoration work is being carried out in the building where the Azerbaijan Democratic Republic (ADR) was declared in Tbilisi, Georgia, Report informs.

The project to restore the current building of the National Youth Palace is being implemented by the Tbilisi Development Fund within the New Tbilisi program.

On May 28, 1918, the Declaration of Independence of the Democratic Republic of Azerbaijan was read and the first democratic republic in the East was officially announced in the mirror hall of the building, which is a sample of cultural heritage. At the entrance to the hall, there is a plate with information about the declaration in Azerbaijani, Georgian, and English. The plate will also be renewed as part of the restoration work.