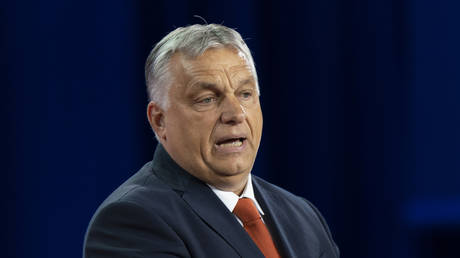 Europeans have had no say in the application of these sanctions but are paying the price, the Hungarian prime minister has said FILE PHOTO: Hungarian Prime Minister Viktor Orban. © Global Look Press / Lev Radin

The EU has forced anti-Russia sanctions upon the people of the bloc’s member states, Hungarian Prime Minister Viktor Orban said on Wednesday, as he announced the launch at home of national consultations on the matter.

Brussels did not ask Europeans about their opinion on the sanctions policy but made them pay the price as restrictions it imposed on Russia backfired, Orban said, in a series of posts on Facebook. The EU sanctions introduced over Russia’s military operation in Ukraine “will cause huge damage to Europe,” he warned, adding that the restrictions had already made “Europeans poorer” because of skyrocketing energy prices.

“It is time to get honest about it with our American friends. Until it is too late,” the prime minister said, pointing to the role the US played in the global sanctions campaign against Russia. The sanctions have failed to end the conflict in Ukraine, Orban argued, adding that they also appear to hurt Europe more than Russia. 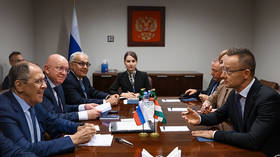 Hungary is heavily dependent on Russian energy supply. It has also been one of the staunchest opponents of Brussels’ energy sanctions against Moscow and in particular opposed banning imports of Russian oil until it was granted a waiver by Brussels. Budapest still declared a state of emergency over tightening energy supplies this summer.

On Wednesday, Orban confirmed the plans to hold the national consultations on the EU sanctions imposed against Russia, saying that he’d asked “everyone to have their say, because we can only put an end to rising energy prices by acting together.” Hungary is the first EU nation to do so.

The developments come amid an ongoing energy crunch in the EU. Since the start of Russia’s military offensive against Ukraine in late February, gas prices have climbed to record highs in Europe. In late July, EU member states agreed on a plan to reduce their gas consumption by 15% over the coming months, to increase the bloc’s energy security at a time when it seeks to rid itself of its dependence on Russian energy. 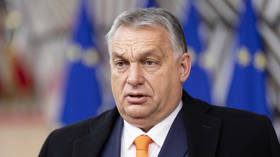 Russia also reduced its gas exports to Europe, citing technical issues related to sanctions the West imposed over Russia’s military action. Massive gas leaks on the Russian Nord Stream pipelines, which have allegedly been a result of a targeted attack, has sent gas prices in Europe further up.

The prices have been climbing up for quite some time, leaving some EU nations, including Germany –the EU’s economic powerhouse– in a bind. In early September, Germany’s largest gas importer, Uniper, requested additional financial aid from the government as it was struggling to replace missing Russian gas supplies despite already receiving billions of euro to cover gas purchases.

The operators of the Large Hadron Collider – the European nuclear research center (CERN) – also admitted in September that the ongoing energy crisis threatens the operation of the world’s largest particle accelerator. It could be shut down to decrease the energy consumption burden at peak demand periods, CERN said at that time. (RT)

14:52 PM Edi Rama: Opening of embassy of Azerbaijan in Albania is very important