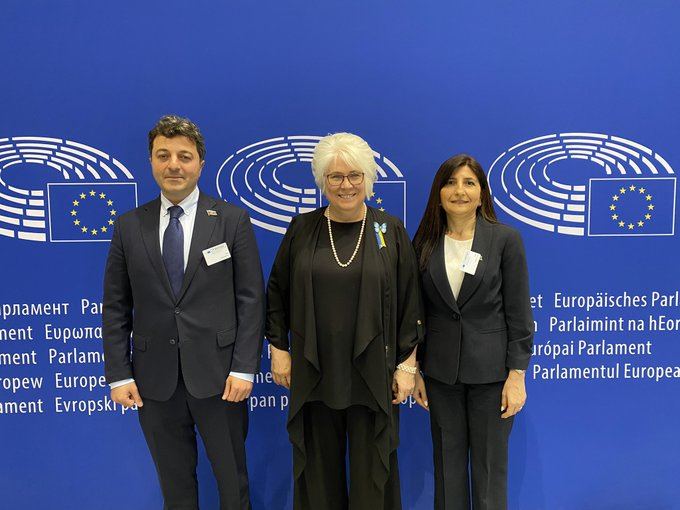 The meeting was held within the framework of the European Union-Azerbaijan Parliamentary Cooperation Committee (PCC), Co-Chairman of PCC, Member of Azerbaijani Parliament (Milli Majlis) Tural Ganjaliyev wrote on his Twitter page.