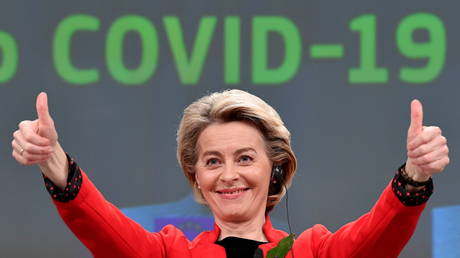 The head of the European Commission has announced a new agreement with pharmaceuticals company Pfizer to deliver more Covid shots, adding that Brussels backs “proven” vaccine technology in the fight against the virus.

In a press conference and a series of tweets on Wednesday, Commission President Ursula von der Leyen announced that EU states would receive 50 million more Covid-19 vaccines produced by Pfizer than planned during the second quarter of 2021. (RT)